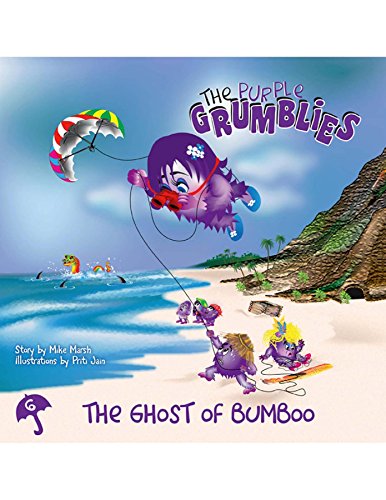 The Purple Grumblies are determined to find Bumboo after she goes missing in the hurricane. In the heroic search for Bumboo, Gancy and Gertie get tangled up with Percy the sea monster and caught in shark infested waters. Can the Grumblies escape Percy and the sharks to find Bumboo? Great reading for children 3- 7 years old. 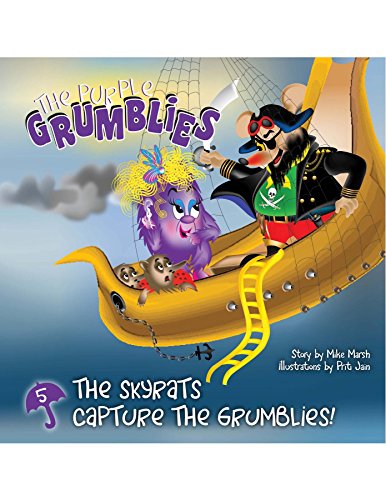 The evil Skyrats throw the Purple Grumblies and the Pixiecats into a windmill prison on Skeleton Island. Gertie Grumblie flirts with Captain Von Trasch. "If you let me go, I'll give you my earrings and some of my purple cheesecake..." But he's not buying it. There seems to be no escape. Then... the Pixiecats to the rescue! They discover the pirate's secret cave and escape back to Volcano Island with the Skyrats in hot pursuit. 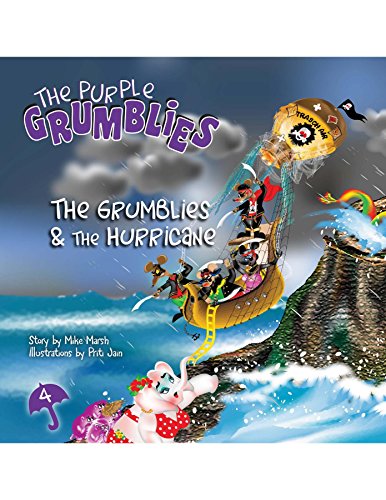 The poor Grumblies! It's not enough that they have to deal with a dreaded sea-monster named Percy, and a well-meaning efelant called Bumboo; now suddenly they're attacked by a hurricane and Skyrats dressed as pirates! 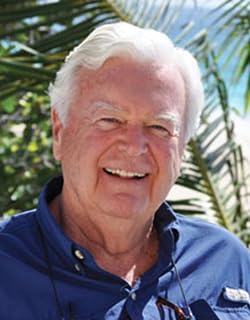 Mike Marsh is retired and lives in Bermuda with his wife, Sandy. He has four children and nine grandchildren.
Mike decided to publish some of the bed-time stories that he had created over the years for his own children and grandchildren. The adventures of "The Purple Grumblies" gradually evolved from these original stories, with characters like "Old Pete", "Grumpy Jack", "Gertie", "Bumboo", "Captain Vermin von Trasch" catching the imagination of young minds.
Mike is a Member of the Society of Authors, London, England
http://purplegrumblies.com/