J.B. has seen colorful balls of light floating around him for years. Doctors blame it on strained rods and cones in his eyes, but he's never believed that diagnosis. Now he's the new kid in town starting middle school with no friends and grandparents who aren't exactly excited he's moved in with them. When he spots a girl in class who interacts with one of the lights only he can see, J.B. decides to befriend the strange girl and investigate the peculiar coincidence. But some things are easier said than done... Join J.B., Rhea and William as they learn about their special talents and share their first adventure together. 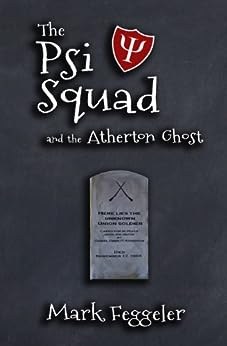 After their first adventure, our three heroes haven't exactly managed to come together as a team. The newly formed Psi Squad club seems doomed before it even has a chance to get started. Until, during a field trip to the historic Atherton Homestead, strange things begin happening that will require the combined paranormal skills of J.B., Rhea and William to find out what's going on.
"The Psi Squad and the Atherton Ghost" is the second book in "The Psi Squad" series of paranormal adventures for reader age 9+. 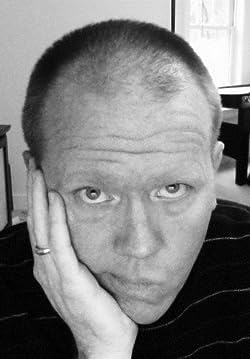 Mark Feggeler is a native New Yorker who has called North Carolina home since 1990. After spending two decades thinking about writing, he began the "Ramblings of a Very Pale Man" blog in 2010 and contributes to it regularly.
Since 2011, Mark has released four books, beginning with a collection of blog posts and followed two years later by the murder mystery "Damage." While working on "Damage," Mark began writing a paranormal series for middle grade readers titled "The Psi Squad." The first two installments -- "The Psi Squad" and "The Psi Squad and the Atherton Ghost" -- were released to positive reviews in 2013 and 2014, respectively. He expects to release the third book in the series, "The Psi Squad and the Unhappy Valentine," in 2016.
He lives in North Carolina with his wife and children, and genuinely enjoys writing about himself in the third person.