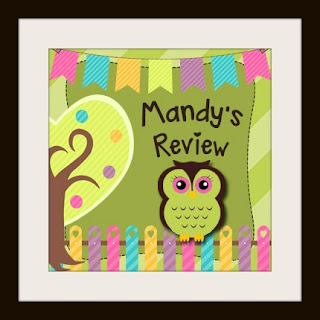 
Danger won't find Gilly in tiny Briarwood, Colorado. Right? Banking on her instincts is all she has left. That and a dream of a simpler life as a rancher. Luke Hudson has secrets. Living a lie, he recognizes a kindred spirit the moment he lays eyes on Gilly. What are her secrets quickly becomes how can he protect her when violence slams through her front door. Will truth ruin their fragile bond or will time run out before they have the chance to admit their love?

Moving to Briarwood, Colorado had not been in Gilly Casey’s original life plan. Sure, she’d dreamed of owning a horse ranch, but as kind of a part-time gig, in Topanga Canyon maybe. But the best laid plans of this high-powered L.A. attorney turn to dust when more than her bar card is threatened. Fleeing to a life she had never imagined quickly becomes a cat and mouse game just to stay alive.
Luke Hudson’s road to Briarwood was no less bumpy. Hiding from his own demons, he’s no longer able to float below the radar when he recognizes the feisty Miz Casey is in more trouble than she’ll admit. Donning the hero mantle years after he’d shed that skin, Luke realizes that rescuing Gilly might just save him, too.

With so many secrets between them, does love stand a chance? When the past trains its loaded gun on them, truth may not be enough to safeguard Gilly and Luke.


This was a great book.  The author descriptiveness brings you into the story.  The hero and heroine both have a past they need to come to terms with with fighting the intense attraction between them.  This book was funny, well written and will keep you entertained throughout the book.  I give it 3 Stars.

A desperate ruse with pizzas, a broken high heel and the most beautiful story ever told are just three steps toward healing the heart of book editor Jake Willis...and capturing it forever.

This is a sweet little romance to warm your heart.  The author does a wonderful job of telling the story and keeping you entertained.  It is fun to watch the character's come together and how their relationship develops.  I would recommend this book.  I give 3 stars. Out of the Blue: Sylvia Gardner is a naïve cashier who lives with her psychologically abusive mother in Richport, Illinois. Vivian Gardner repeatedly tells her daughter not to trust men because they only want to use her. Upset with being dumped by her first boyfriend; Sylvia later falls in love with an English actor after watching him on a PBS drama. For two years, she researches Alexander Thorpe's life and career, saving her money to travel to his Cotswolds village, intent on meeting him. Staying in the village's only inn, she gets room and board in exchange for working at the Windrush Arms Hotel.
Alexander is going through a personal career crisis, as he wants to continue making art films. He still hasn’t embraced the notion of “going Hollywood.” Additionally, the walls of loneliness and booze are closing in due to a long stint between acting gigs.Complications ensue when the drunken hotelier, Harry Livingstone, takes a fancy to Sylvia. As in her fantasies, Sylvia and Alexander get together—but with unexpected results.

Mandy's Review:
Lisa does a great job of describing the setting, the characters and letting you feel the story line.  I enjoyed reading this book and watching the developing romance between the two main characters.  There was some romance and heartbreak within this story.  It was a good romance to read.  I give 3 stars. Eternal:  A love story that spans across continents and centuries.Julia Jones is an eighteen-year-old science prodigy with a big secret. After landing a prestigious internship with brilliant but eccentric Dr. Caleb Bertel, she is finally ready to move on from her mother's death. But after Julia revives Dr. Bertel from a near-fatal electrocution, strange things start to happen.Without warning, Dr. Bertel disappears. Then Julia receives threatening notes on her car, and someone has her followed. The young police officer assigned to the case, Austin Moore, believes the events are connected and asks her to help him solve the mystery of Bertel's disappearance. Instantly attracted to him, Julia agrees. Still, she knows that she has seen Austin somewhere before, if only she could put her finger on it.Will Julia uncover the mystery of Bertel's disappearance before it's too late, and does she dare trust Austin with her heart?