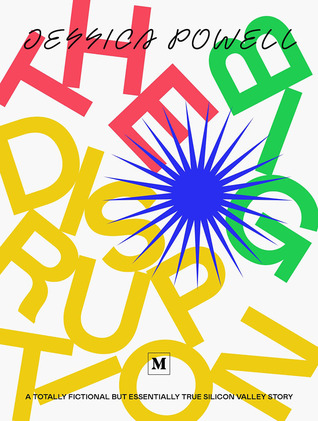 #FirstLine ~ To interview at Anahata was a privilege.


A rip-roaring comedy about big plans and bigger egos at the world's largest tech company, The Big Disruption, will have you clutching your stomach in laughter while thinking twice about the world our tech overlords are building.
Medium, the online publishing platform, will publish a simultaneous print and e-book edition of The Big Disruption a satirical novel written by former Google VP of Communications Jessica Powell. The Big Disruption made news in the fall when Medium published it online as their first full-length book. With over 175k readers, the book has been praised by The New York Times as “a zany satire [whose] diagnosis of Silicon Valley’s cultural stagnancy is so spot on that it’s barely contestable.” It was such a success that Medium has decided to take the unprecedented step of publishing it as their first ever print book. The Big Disruption is a timely and important peek inside the money, power, and insanity of modern day tech and the author is donating 100% of her share of the print proceeds to the Book Industry Charitable Foundation to support indie booksellers.


Until recently, Jessica was Google’s Vice President of Communications and served on the company’s management team. She is the author of Literary Paris and her fiction and non-fiction has been published in The Guardian, The New York Times, WIRED, and Medium magazine. She is also the co-founder and CEO of a startup that builds software for musicians. Connect with Jessica on her website and on Twitter.