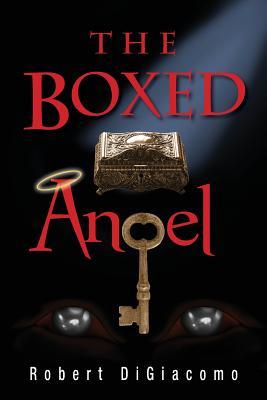 On July 3, 1776, in Philadelphia, Benjamin Franklin's home is ransacked. A secret, ancient relic is stolen. One that Franklin does not admit to owning. Flash forward to modern times. Al Campo, a union worker by day, goes dumpster diving for old, discarded furniture at night. His aim is to refinish the pieces and make and display them in his home. One day he comes across an old couch and inside he finds the stolen artifact. As the story unfolds, sinister Jason Gull is developing a dangerous weapon that can kill its victims without any detection or apparent cause of death. He plans to auction it off to the highest bidder-and there are many foreigners willing to pay, including a religious zealot. Will Campo and the ancient artifact be able to save the world in time? The Boxed Angel is a suspenseful thriller in which an unsuspecting, seemingly unremarkable individual becomes involved in a life and death struggle, first by fate, then by choice. It's packed with humor, religion, intrigue, history, a love triangle, and faith in one cleverly crafted story. Readers who loved National Treasure and other stories that weave history into modern day life will delight in all the plot twists in The Boxed Angel. Clues are cleverly interwoven into a storyline that will keep readers guessing until the very last page.