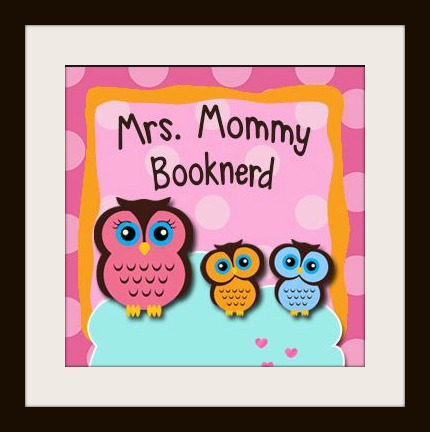 This book is such an interesting journey.  There are numerous characters that leave you feeling many emotions because they all have a distinct and unqiue stories and voices.  There will something for everyone. You will be transported emotionally because like the cover of the book reads....Bankok Transit is about love, overcoming sorrow and finding happiness.  3.5 stars

Blurb
Bangkok: a sizzling, all-embracing, exotic city where the past and the present intertwine. It’s a place where anything can happen… and anything really does happen. The paths of seven people cross in this metropolis. Seven seekers, for whom this city might be a final destination. Or perhaps it is only the start of a new journey? A successful businessman; a celebrated supermodel; a man who is forever the outsider; a young mother who suddenly loses everything; a talented surgeon, who could not give the woman he loved all that she desired; a brothel’s madam; and a charming young woman adopted at birth. Why these seven? Why did they come to Bangkok now, at the same time? Do chance encounters truly exist?
Excerpt
‘Lian left in a stupor. The sign at the exit told her that she had visited the Erawan shrine. She was eager to have dinner, but to get to her hotel, she had to first cross a multi-lane road, and she was still unfamiliar with left-side traffic. She positioned herself beside a local family who was also attempting to cross and fell into step with them when they set forth. But as she was running, she tripped, her ankle turned, and she was caught off guard by a sudden impact from an unexpected direction, hardly a moment after she heard the rumbling sound foreboding danger.

She lay there on the pavement, hit by a tuk-tuk, and didn’t know if she would survive this accident; she felt she was at the ends of the Earth, where there might not be any hospitals, and if there were, who knows what kind of places they might be.

People spoke to her in Thai, but she didn’t understand a word. They gestured for her to get up quickly so nothing would hit her.

“But I’ve already been hit!” she cried in English.

“Come, let me help you,” she heard someone say, in English, finally. She looked up gratefully as a pair of hands reached under her arms and assisted her as she stood up. “Don’t you know that in this city the strongest always has the right of way? Come on. Can you walk?” asked the unfamiliar man, supporting her. Lian saw him for the first time only now: a European-looking man with gray hair and light eyes stood next to her. She tried to put weight on her injured foot and ascertained that perhaps there was nothing seriously wrong, apart from the sprain. The tuk-tuk driver involved in the accident had already sped off. “Show me where it hurts,” the man said.

“My ankle,” she said, pointing to her left foot. “But I’ll probably live.”

“If you can make it to the corner, there’s a café where we can sit and I can look at your foot.”

“No. But perhaps it wouldn’t hurt to establish if you need one at all, no? Look, if you don’t want me to check your foot, I can wait with you until your boyfriend or father arrives to take you home.”

“Then you’ll have to wait a long time!” Lian said, laughing.

Lian wasn’t sure why, but she slowly began to relax.

“Because my father is in New York.”

“Alright, but I’m sure there’s someone who can take you home. If there isn’t, that’s good news for me, because I’d be glad to help you.”

“Okay,” she answered, and cautiously tried walking with her left foot. It hurt, but she thought that if something were broken or she had any sort of serious injury, it would probably hurt much worse. She looked down at her foot and saw that her flip-flop was dangling by a single strap. She also noticed that the top of her foot was bloody and her thigh was throbbing in the spot where the tuk-tuk had hit her. What a strange city! You never know what direction a vehicle will come at you unexpectedly.

In the meantime, they arrived at the Starbucks Coffee terrace. Lian hobbled up the steps with the man’s help. Interestingly, she suddenly felt at home just by being in a Starbucks and even knew what kind of coffee she would order, just as if she were in New York.

The man gently guided her to one of the tables and went off to obtain the beverages. While he was gone, Lian inspected her foot. The outside of her left ankle was swollen and seemed to have turned a blackish shade. Damn. Just her luck! She might have to be stuck inside her hotel room for days.

“Here’s your coffee,” the man said, returning to the table. He sat down and leaned toward Lian’s foot, propped up on a chair. “Doesn’t look too pretty, but perhaps you’re not badly hurt… If you take a day off tomorrow, you’ll get better quicker.”

This was the first time Lian got a good look at the man. He seemed to be about sixtyish, dressed in sporty clothes. He was muscular and perhaps a bit overweight, but she wouldn’t have called him fat. There was something unusual about him, something exciting… perhaps his eyes. She took a sip of her coffee.

“So tell me: where did you learn how to speak English so well?” he asked.

“And… what were you doing there? Visiting your father?”

“I live in New York,” Lian answered. “I’m American. This is my first time in Thailand.”

“How extraordinary,” the man blurted out, “I somehow sensed that you were different from the others, even though this place is not lacking in exotic faces. If you don’t mind me saying…” he said, looking at Lian apologetically.

“It’s okay. Lots of people think I’m a local, and they’re bewildered when I tell them I can’t understand their language. But I didn’t think my punishment would be to get hit by them, so soon after I arrived.”

“So why did you come here?” the man asked.

Lian looked straight into his eyes and felt that he already knew the answer. She didn’t understand why this impression had rippled through her, but it made her shiver suddenly. She didn’t know if she wanted to tell him the truth, but she didn’t want to lie either.’

About the Author
Eva Fejos is a Hungarian women’s fiction author of thirteen bestselling novels, including her debut Bangkok Transit, which reached the top of the bestseller list within one month of its publication in 2008. Eva was a journalist for one of the largest Hungarian women's magazines, Nok Lapja (Women's Journal), from 2001 until 2012. She is the recipient of both the Award for Quality Journalism and the Award for Excellence. In 2013, Eva created her own publishing house in Hungary, Erawan Publishing. In addition to publishing Bangkok Transit in English translation and two new novels of her own, she launched some of her favorite authors’ books to her readers in Hungarian translation. Eva is very fond of traveling, and her many experiences give a personal touch to her exciting, exotic novels. She lives in Budapest where she is working on her next novel.