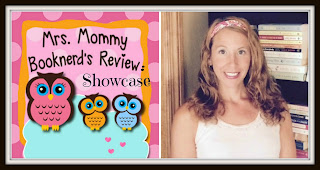 An all new novella from New York Times bestselling author J.A. Jance, this story has two of her acclaimed series characters, Joanna Brady and Ali Reynolds, join together to solve a crime that hits close to home in a prequel to her upcoming novel, DOWNFALL.

Sheriff Joanna Brady has a lot on her plate - she is pregnant and up for re-election as sheriff, and her older child is packing up to leave for college. Then Joanna is woken in the middle of the night by a call reporting a motor vehicle accident. One of her detectives reveals that her mother and stepfather’s RV ran off the road at high speed and hit the pillar of an overpass. George died on the scene. Her mother, Eleanor, has been transported to a hospital in Phoenix. Joanna and Butch take off for the hospital, but before they arrive, Eleanor dies during emergency surgery. Their deaths are considered accidental, but the surgeon from the emergency room notes that her mother, in a moment of consciousness, asked him to tell Joanna about a “red dot.” Was this tragedy really an accident, or was it murder? Joanna gets a call from Ali Reynolds (a journalist turned investigator) who heard what happened and offers to help. They come up with a plan to catch the murderer, even if he’s not the killer they'd expected.

DOWNFALL by J.A. Jance
The next Joanna Brady mystery from New York Times bestselling author J. A. Jance.
Cochise County Sheriff Joanna Brady has never been busier. Her daughter, Jenny, is heading off to college, her rambunctious five-year-old son is about to start kindergarten, and a new baby is on the way. Joanna is also coping with the emotional aftermath of two unexpected and very recent deaths in the family. The sheriff’s life is about to get even more complicated when a puzzling new case hits her department, demanding every resource she has at her disposal-as well as help from neighboring law enforcement agencies and the Feds.

The bodies of two women have been found at the base of a nearby peak, known to Bisbee locals as Geronimo. Is this a terrible accident, a case of murder/suicide, or a double homicide? As Joanna and her team methodically hunt down answers, they begin to uncover a knotty web of sordid secrets and evil lies-clues that take the valiant sheriff down a winding and dangerous road that leads shockingly close to home . . . and close to a desperate and determined killer. 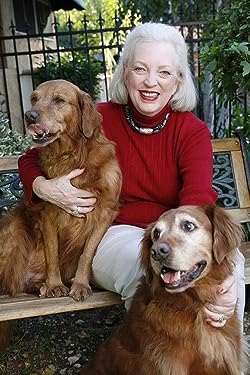 About J.A. Jance
J. A. Jance is the New York Times bestselling author of the J. P. Beaumont series, the Joanna Brady series, the Ali Reynolds series, and five interrelated thrillers about the Walker Family as well as a volume of poetry. Born in South Dakota and brought up in Bisbee, Arizona, Jance lives with her husband in Seattle, Washington, and Tucson, Arizona.

Once upon a time, Tracy Whitney was one of the best thieves in the business. Then she settled down and had a child-a beautiful, bright, mischievous boy who was the center of her life. Tracy planned to spend the rest of her days quietly, living anonymously deep in the stunning Colorado mountains, devoted to raising her son. But tragedy forces her to face her greatest nightmare. Now, with nothing left to protect, this superb con artist, jewel thief, computer wizard, and cat burglar returns to the hunt, more dangerous, ruthless, and reckless than ever.

An addictive tale of espionage, mystery, passion, greed, betrayal, and vengeance that takes you from the beautiful Rocky Mountains to Europe’s oldest and grandest cities, filled with a cast of intriguing characters both new and familiar, Sidney Sheldon’s Reckless is a glamorous thrill ride that will leave you breathless until its shocking end.

About the authors:
The late novelist and screenwriter Sidney Sheldon remains one of the world’s top bestselling authors, having sold more than 300 million copies of his books. Are You Afraid of the Dark? is his most recent in a long line of huge bestsellers. He is also the only writer to have won an Oscar, a Tony, and an Edgar. The Guinness Book of World Records heralds him as the most translated author in the world.