MY REVIEW:
"In life, you either choose to sing a rainbow, or you don't.  Keep singing."
CHASING RAINBOWS by Kathleen Long is a stunning novel that addresses loss on many levels and the strength and courage that comes from taking one step at a time.
"Steps were steps.  Steps were good.  Steps were the only things that were going to save me.  They were the things that were going to carry me forward, out of my old life and into my new one. " (Long, p.344, e-book)
Long's main character, Bernadette, was a flawed and grief stricken yet loveable character that any reader would root for.  "Bernie"  had a lot on her plate, with the sudden death of her father, news from a friend that forced her to face some hard truths and the struggle to find love after heartbreak.  CHASING RAINBOWS is about finding the happy moments and moving forward no matter how difficult it may be.
"Sometimes the happy moments of your life came in a rush, overwhelming in their lightness and brightness.  Sometimes those same moments lingered in the recesses of memory, assurances that no matter how bad things might seem, happier times would come again" (Long, p. 47, e-book)
I absolutely loved CHASING RAINBOWS (4 stars).  I felt lucky to witness Bernie letting go of the hurt and finding the happy moments in life a few steps at a time.  I highly recommend this read!!!
AUTHOR BIO:A long time ago, in an elementary school far, far away, a very young Kathleen scribbled a story idea in her journal. Then she wrote another, and another. She added several poems, the lyrics to a song or two, a love letter to David Cassidy, and so on and so on. While her early writings never saw the light of day, many of her later works did. And while she did not marry David Cassidy, Kathleen did marry her own Prince Charming. Together, they are raising one drama queen and one obedience-challenged border collie mix in a kingdom divided between suburban Philadelphia and the Jersey shore.Kathleen is the RITA® nominated, RIO Award and two-time Gayle Wilson Award of Excellence winning author of fourteen novels of contemporary romance, romantic suspense and women’s fiction. Her additional honors include National Readers Choice, Holt Medallion, and Booksellers Best award nominations.She divides her time between plotting her next book, bribing her little one to pick up her toys, and begging the dog to heel. Life is good. Very, very good. 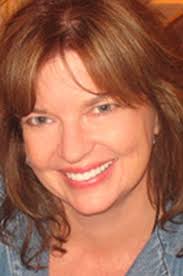