Just when Andy starts to feel like he finally belongs, can he stand up to the person he trusted the most?
Andy Crockett doesn’t fit in at his new school ― not with the goths, not with the jocks, and certainly not with the brains. Not even, really, with The Six, a group of misfits who hang out with each other mostly because they can’t stand hanging out with anyone else.
But maybe Andy’s luck is changing … and all because he is in Mr. Reztlaff’s grade ten social class ― Mr. Retzlaff, the coolest teacher; in fact, the coolest thing about Parkerville Comprehensive. Social is awesome from day one. It’s the class that looks at World War II, Hitler, and the Holocaust. It’s the class Andy wants to ace ― and make Mr. Retzlaff proud.
But eventually Andy also begins to understand that acing the class might just have a greater cost than he’s willing to pay. And when it turns out that Mr. Retzlaff might not be so cool after all, Andy is facing the most difficult decision of his life. 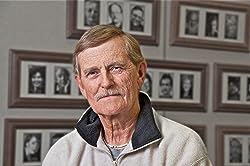 Biography
David A. Poulsen has been a broadcaster, teacher, football coach, rodeo cowboy, stage and film actor and--most of all--writer. His writing career began in earnest when his story The Welcomin' won the 1984 Alberta Culture Short Story Competition. Now the author of more than 20 books, many for middle readers and young adults, David recently completed his Masters degree in Creative Writing at UBC. He divides his time between his small ranch in the Alberta foothills southwest of Calgary and a second home in Maricopa, Arizona. He was the recipient of an Alberta Centennial Medal in 2005 for "service to Alberta and Albertans."In 2011 David's young adult novel Numbers was selected for the Sakura Medal (awarded by English speaking high school students in Japan to their favourite novel of the year). As a result David toured International Schools in Japan and Korea in the fall of 2011. Numbers has since been added to the new English curriculum for Grade 10 in Saskatchewan. His 2013 novel, Old Man, a YA/Adult crossover novel was launched to excellent reviews from CanLit, CCBC, Quill and Quire and the National Post, among others. David served as the Writer in Residence at the Saskatoon Public Library in 2012/13.But it's his latest book and first foray into the world of crime fiction that has him really excited. "Mystery has been my favourite genre for as long as I can remember but although I read mysteries voraciously, I always doubted that I'd be able to write one."Poulsen admits. "That maybe my mind didn't work in the ways the really good crime writers' minds do--people like Rankin, Kellerman, Connelly, Bowen and so many others that I admire. But I had an idea for what I thought might make an intriguing story and started playing with it and finally, after a lot of sweating, swearing and gnashing of teeth, I actually had my first crime novel."The book is Serpents Rising, released by Dundurn Publishing in October, 2014 and launched in Toronto, Saskatoon and Calgary. The book hit #3 on the Saskatoon bestsellers list and #1 in Calgary in the final weeks of 2014. "I'm hoping that the response to the book just might result in it being the first in a series--the Cullen and Cobb Mysteries." To that end, Poulsen is already hard at work on the follow-up book that re-unites journalist, Adam Cullen, and ex-cop turned private detective, Mike Cobb.