Highlight: Laughter, Tears and Braids: A father's journey through losing his wife to cancer by Bruce Ham 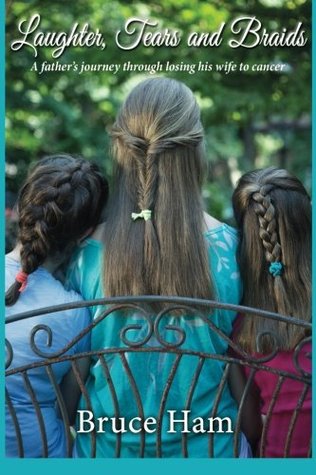 Within six months, an aggressive cancer killed Lisa Ham, a Raleigh, North Carolina mom at the young age of 39. Her husband, Bruce, was left scrambling to pick up the pieces of their life, while maneuvering the world with a broken heart. The responsibilities of being a single father to his three active daughters were overwhelming. Bruce wrestled with his faith and questioned his ability to parent competently without Lisa by his side. But slowly, his wife’s tough spirit inspired Bruce to shape his new normal and to find inner peace and laughter again. Along his personal journey, he became his girls' confidante, while mastering hair dryers, shopping trips, tights and braids.


Born in Fayetteville, North Carolina, and the son of a preacher, Bruce Ham lives in Raleigh with his three girls and hamster. Graduating from North Carolina State University didn't stop him from pursuing his late wife Lisa, who attended the archrival, University of North Carolina-Chapel Hill. He is a consummate father, the Chief Development Officer at the YMCA of the Triangle Area, and he has a serious addiction to bow ties.