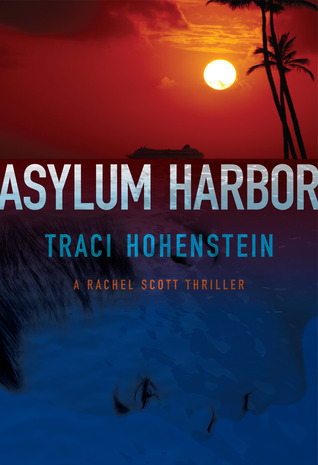 About the Book:
Amber Knowles, a beautiful high school senior and Florida governor John Knowles’s daughter, has everything going for her until she disappears during a cruise to the Bahamas. After an extensive search of the ship SeaStar, it’s clear that Amber has vanished without a trace. When Governor Knowles receives the distressing news, he asks for Rachel Scott’s help.The teenager’s disappearance represents every parent’s worst fear, and Rachel, founder of Florida Omni Search, knows only too well what losing a daughter feels like. Her three-year-old, Mallory, went missing five years ago. As she works with FBI special agent, Drake Reynolds, Rachel discovers an organized crime ring linked to the cruise line. The last person known to see Amber aboard ship was an incognito DEA agent, who also has vanished. Where is he? And where is Amber? Finally, where is Mallory?Traci Hohenstein’s Asylum Harbor draws inspiration from the disappearance of Natalee Holloway in 2005 and delves deeply into the mysteries and suspense of missing-person investigations and organized crime detection. The first in a series, Asylum Harbor introduces Rachel Scott and her team and compels readers to follow Florida Omni Search and all their investigations.

Mandy's Review:
This is a new series by Traci revolved around Rachel Scott who runs the Florida Omni Search.  In this book Amber Knowles disappears while on a cruise to the Bahamas.  Rachel teams up with the FBI to find the missing girl.  This story is filled with suspense and action.  It is well written and kept me hanging on until the very end to see what would happen.  I love how the beginning of the book starts with a chapter told from the missing persons point of view.  I would recommend this book to all.  I give it 4 stars. 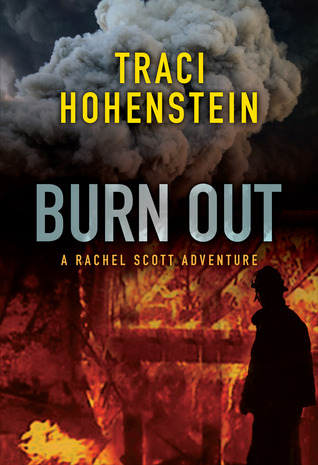 About the Book:
Lt. Samantha (Sam) Collins, a firefighter, vanishes after a warehouse fire the week before she was to testify at her estranged husband’s trial for drug charges. The only clue to her disappearance is a firefighter helmet that was left behind at the scene.

Rachel Scott founded Florida Omni Search after her own daughter disappeared when she was four. She has worked with law enforcement agencies all over the United States in locating missing people. Sam’s mother calls Rachel for assistance in locating her daughter. However, the search for Sam takes her on a journey that she never expected.

As she digs deeper into Sam’s past, she finds out more about the marijuana operation that her husband Ken, a former police officer, was involved with. Working with Mike Mancini, a former DEA agent, and Stacy Case, a reporter for the Miami Sun, Rachel uncovers clues about Ken Collins and an organizational drug ring that is out for revenge.

In her desperate, terrifying search for Sam, Rachel also discovers clues about her own missing daughter, Mallory.

Will she locate Samantha in time and also find out what happened to her own daughter?

Mandy's Review:
This is another in the Rachel Scott series.  In this book Rachel is on the search a fire fighter who disappears during a warehouse fire.  There is lots of intrigue, action, more character development and a huge cliff-hanger.  This book kept me just as entertained as the first one.  Traci’s books just keep getting better and better.  I would recommend this book.  I give it 4 stars. 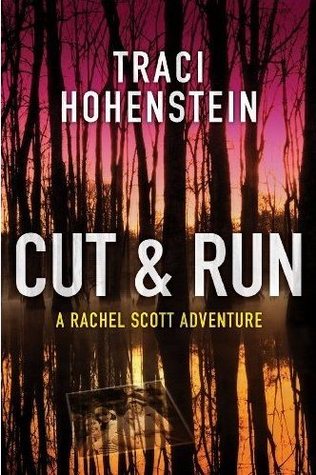 About the Book:
When Matt O’Malley turns up at a truck stop with a nasty concussion and no recollection of what happened to him or his family, investigator Rachel Scott knows she and the Florida Omni Search team have to act fast. Whoever attacked him still has his wife and children, and a gruesome piece of evidence points to deadly possibilities.

While Matt sweats under the scrutiny of the FBI, his shattered memory slowly pieces together disturbing details. Afraid to trust even his brother with this new information, he turns to Rachel, who scours southern Louisiana for clues. Along with retired police detective Red Cooper, Rachel searches everywhere from a voodoo parlor to an eerie Houma swamp, unearthing troubling secrets about the O’Malleys…and a shocking truth behind the disappearance of Rachel’s own daughter.

Traci Hohenstein picks up her suspenseful Rachel Scott series with its third entry, Cut and Run—a gripping thriller that captures the haunting spirit and intoxicating mystery of New Orleans.

Mandy's Review:
What would you do if you woke up at a truck stop with a concussion and no memory of what happened to your spouse and kids.  I think I would freak out ever so slightly.  Rachel Scott is called into action to help Matt find out what happened to him and his family in Louisiana.  I really enjoyed reading this book.  It was another fast paced thriller with lots of twists and turns.  I could not wait to get to the end to see what happened.  Traci does another great job with this third book in the series.  You have to read this book.  I give it 4 stars.