“The test of a crime series is its main character, and Sully is someone we'll want to read about again and again.” —Lisa Scottoline, The Washington Post

“Tucker’s Sully Carter novels have quickly sneaked up on me as one of my favorite new series.” —Sarah Weinman, “The Crime Lady”

In the doldrums of a broiling Washington summer, a madman goes on a shooting rampage in the Capitol building. Sully Carter is at the scene and witnesses the carnage firsthand and files the first and most detailed account of the massacre. The shooter, Terry Waters, is still on the loose and becomes obsessed with Sully, luring the reporter into the streets of D.C. during the manhunt. Not much is known about Waters when he is finally caught, except that he hails from the Indian reservations of Oklahoma. His rants in the courtroom quickly earn him a stay at Saint Elizabeth’s mental hospital, and the paper sends Sully out west to find out what has led a man to such a horrific act of violence.
As Sully hits the road to see what he can dig up on Waters back in Oklahoma, he leaves his friend Alexis to watch over his nephew, Josh, who is visiting DC for the summer. Traversing central Oklahoma, Sully discovers that a shadow lurks behind the Waters family history and that the ghosts of the past have pursued the shooter for far longer than Sully could have known. When a local sheriff reveals the Waterses’ deep connection with Saint Elizabeth’s, Sully realizes he must find a way to gain access to the asylum, no matter the consequences.

This book was a wild ride.  Even though I never read the other books in the series I was still able to follow the story line without an issue.   It was very intense and quite thought provoking.  It was paced so well and the plots were so interesting.  There were times that I was holding my breath because it got so intense and I never knew what way it was going to twist or turn.  A great book to snuggle up with and get lost in this Fall.

#FirstLine ~ He couldn't count the shots for the screaming 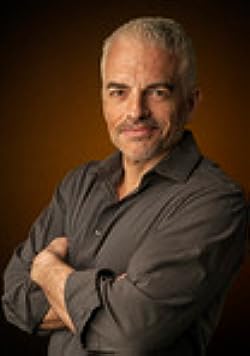 The third novel in the Sully Carter series, "Only the Hunted Run," publishes on Aug. 30, from Viking. Publishers Weekly, the first to file a review, dubs it "provocative...a terrifying thriller."Sully, one of the few reporters stuck in Washington in the August doldrums in the summer of 2000, is filling in for a colleague when shooting breaks out in the Capitol building. The killer, Terry Waters, kills a congressman from Oklahoma by stabbing him through the eyes with a pair of ice picks. He also manages to escape.Sully, the only surviving witness, soon finds himself being tracked down by Waters. This pursuit eventually leads both men to St. Elizabeths, the gothic mental hospital in Southeast D.C, which scars everyone it touches -- if it doesn't bury them.Based on a real-life shooting at the Capitol in 1997, "Hunted" follows "The Ways of the Dead" and "Murder, D.C." As always, the streets of the city, from the power of K Street to the deadly avenues just a few blocks away, are as central to the story as the characters. The previous Sully novels have drawn extensive praise. The Daily Mail (U.K.) dubbed "Murder" one of 2015's Best Three Crime Novels. Kirkus: "There’s no more satisfying sight than a writer who knows exactly what he’s doing—and only gets better at what he does.” The Miami Herald, said of "Ways, "This book is worthy of Elmore Leonard’s legacy…an exciting first novel that echoes the best writing of Pete Hamill and George Pelecanos, mixed with a bit of The Wire and True Detective.”Tucker was born in Lexington, Miss., one of the poorest places in America, in 1963. He has filed stories from more than 60 countries or territories and is currently assigned to the 2016 Presidential campaign. His memoir, "Love in the Driest Season," was named one of the Top 25 Books of 2004 by Publishers Weekly. It has been published in the U.K., Germany, Australia and Brazil. It has twice been optioned for film development in Los Angeles.