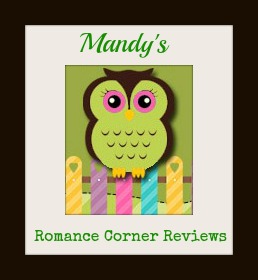 About the Book: Mackenzie “Max” Miller has a problem. Her parents have arrived in town for a surprise visit, and if they see her dyed hair, tattoos, and piercings, they just might disown her. Even worse, they’re expecting to meet a nice, wholesome boyfriend, not a guy named Mace who has a neck tattoo and plays in a band. All her lies are about to come crashing down around her, but then she meets Cade.
Cade moved to Philadelphia to act and to leave his problems behind in Texas. So far though, he’s kept the problems and had very little opportunity to take the stage. When Max approaches him in a coffee shop with a crazy request to pretend to be her boyfriend, he agrees to play the part. But when Cade plays the role a little too well, they’re forced to keep the ruse going. And the more they fake the relationship, the more real it begins to feel.


Mandy's Review:  Faking It by Cora Carmack
Cora Carmack does it again.  This book rocks.  Faking it is the followup book to Losing it starring Cade.  I really like Cade.  I felt bad for him in Losing it, him being the underdog.  I love the way Cora brings Cade and Max together and develops their story.  Its quirky, lovable, believable and an excellent read.  I could not put this book down.  I highly recommend it.  I give it 4 stars. About the Book:  Tabitha Allen grew up in the thick of Chaos--the Chaos Motorcycle Club, that is. Her father is Chaos' leader, and the club has always had her back. But one rider was different from the start. When Tabby was running wild, Shy Cage was there. When tragedy tore her life apart, he helped her piece it back together. And now, Tabby's thinking about much more than friendship...
Tabby is everything Shy's ever wanted, but everything he thinks he can't have. She's beautiful, smart, and as his friend's daughter, untouchable. Shy never expected more than friendship, so when Tabby indicates she wants more--much more--he feels like the luckiest man alive. But even lucky men can crash and burn..

Mandy's Review:  Own the Wind by Kristen Ashley
Bikers … Bad Boy Bikers … Alpha Male Bad Boy Bikers (yummy).  I really enjoyed this book.  Kristen does a great job of showing us what life in a Motorcycle Club is like.  Tabitha has grown up around bikers all her life and knows what life is like, she wants Shy Cage for herself.  Shy has always had an interest in Tabby but keeps his distance, not anymore.  This is a great book for the start of a new series, I can’t wait until the next one comes out.  I give it 4 stars.