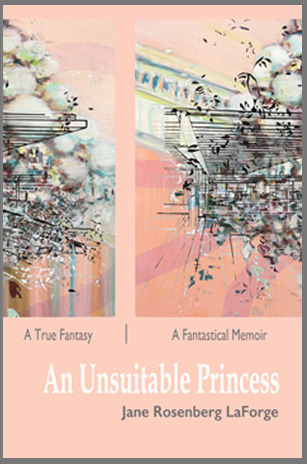 “Tender and heartbreakingly candid reinvention of memory.”–Kate Southwood, author of Falling to EarthA memoir about growing up in Hollywood — and fragile, young love. An unusual memoir about growing up in Hollywood. An Unsuitable Princess: A True Fantasy/A Fantastical Memoir tells two stories simultaneously. In the first, which takes place in Renaissance England, a mute stable girl of mysterious talents and potentially dangerous parentage finds herself punished for saving the life of the boy she loves. The second story is situated in the late 20th Century and explains the inspirations for the first story. An overly talkative, solidly spoiled, middle class girl muses on the social and economic phenomena the author observed while growing up in Hollywood during the birth of the hippie movement, the sexual revolution, women’s liberation, and the growth of Renaissance England re-enactments. She does not save the boy she thinks she loves. Indeed, she may have hastened his death. Even years later, the only way she can acknowledge this failure is by spinning an elaborate fantasy that becomes the tale of a wretched orphan who turns out to be a princess.“Jane Rosenberg LaForge’s An Unsuitable Princess is a daring combination of old-school storytelling and the true wit of the best of contemporary memoirists. The first of these is a fairy tale about a young woman who cannot speak, while the second tells of the author’s awkward coming of age within the shadows of a disintegrating Hollywood neighborhood. But it is when these two narratives prove themselves inescapably linked that the novel takes its most affecting turn. ‘Tell me the story of your life,’’ the author’s daughter asks, and so the author does, with both hilarious and heartbreaking repercussions. ‘Finally,’ the author writes, ‘I am famous.’” –Michelle Hoover, author of The Quickening“It’s two, two, two tales in one. On your left, a deftly told Early Modern horsey fantasy; on your right, an aching memoir of the authorial teenage Ren Faire trauma that begat the tale. Rosenberg LaForge has crafted a quirky and compelling new class of literary mashup.” –Jess Winfield, co-founder, Reduced Shakespeare Co. and author of My Name is Will: A Novel of Sex, Drugs, and Shakespeare“Rosenberg LaForge lays out her dreams and desires in this tender and heartbreakingly candid reinvention of memory. An Unsuitable Princess is an entirely original look at life, personal history, and one’s original hopes.” –Kate Southwood, author of Falling to Earth