Highlight: Sir, I Can Explain by Stephen D. Cork 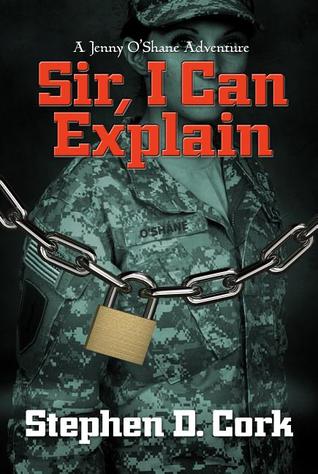 Major Jennifer O’Shane is ordered by the President on a top secret assignment to INTERPOL and the Central Command of the U.S. military to take on a crime syndicate of unimaginable scale. The mission: destroy a giant international human trafficking syndicate.She parachutes into the mountains of Argentina, plumbs the depths of the Mississippi River, and boards a ship loaded with human cargo during a storm in the Caribbean. She meets a sadistic crime boss on a personal vendetta, and terrorist connections in the slave syndicate, provide subplots in a constant undercurrent of suspense, drama and intrigue.She is hailed as a hero for saving the life of the Crown Prince of Saudi Arabia, only to be arrested a month later. She operates under top-secret orders from the White House, yet she is stonewalled, harassed and endangered at every turn.Why does Jenny go from hero to pariah? How can she convince senior leaders of the scope and breadth of the human trafficking operation? Sir, I Can Explain, is a roller coaster ride of excitement with a finale that will curl your toes.